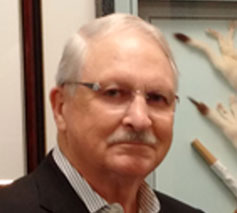 Norman David Inkster OC joined the Royal Canadian Mounted Police in 1957, beginning his career in Regina but later moving throughout Canada. He served as 18th Commissioner of the Royal Canadian Mounted Police, from September 1, 1987, to June 24, 1994. During his service Norman Inkster was instrumental in bringing about diversification and a wide range of reforms in the RCMP that enabled it to better represent the people it serves. Commissioner Inkster faced the unionization debate, established an external review committee to address public complaints, improved media relations, expanded international police duties with peacekeeping and adopted community policing as a service delivery model.

He is perhaps best known for wanting to ‘change the face’ of the Force by campaigning to make the RCMP a career option for all Canadians no matter their race, gender, or ethnic background, helping to establish advisory committees for local communities, and allowing members of the Force to be exempted from wearing any item of the uniform on the basis of their religious beliefs. On June 2, 1991 Inkster was presented with a Corps Ensign by the Governor General. This was the first ensign granted to the Force. His leadership and abilities were recognized by his election as the first Canadian President of Interpol in 1992, but it is his vision that has made our country’s national police service one of the most egalitarian in the world.

Norman was educated at the University of New Brunswick and was awarded a Bachelor of Arts degree in Honours Sociology. He received the Sandra Budovitch Memorial prize for the highest standing in his class. During his studies he was continuously employed in the Human Resources department of the RCMP
From 1994 to 2003 he was a partner with KPMG in Toronto, the latter part of which he was global managing partner of the forensic practice. In 1995 he was made an Officer of the Order of Canada. In 2003 he retired from KPMG and started Inkster Group. He was the President of the Inkster Group, which provides various security and policing services to a list of international clients, including the Province of Ontario. In 2006 Inkster Group was acquired by Navigant Consulting where Inkster served as a managing director. In 2007, Inkster became an independent consultant.